In 2015, Emory solidified its position as a sustainability pioneer after their Strategic Vision outlined the ambitious goal that 75% of food served in the university—and 25% in the hospitals—would be locally or sustainably sourced by 2025. Reaching this target would require an ambitious and innovative plan.

Meeting these expectations, metro Atlanta’s largest employer engineered a partnership that not only propels their mission forward but makes the support of next-generation agricultural entrepreneurs an integral part of the process.

With fast rising land values, agricultural and nonagricultural businesses alike face concerns of creeping costs. These rising prices are driving Georgia’s ranking among the top 12 states with the highest conversion rate of farmland to development. Moreover, since families own 96% of existing American farms, the mounting unaffordability makes the opportunity of ownership feel nearly impossible for many farmers—especially those affected by institutional racism, gender discrimination, and other barriers historically targeting underserved communities.

Through a partnership with The Conservation Fund, Emory will ensure that farmers will be able to afford their farmland many years into the future. Emory’s Office of Sustainability Initiatives (OSI), which is led by Director Ciannat Howett, is working with the Conservation Fund to resolve one issue within the ecosystem: Creating a pathway to land ownership for new farmers while guaranteeing a market for their goods.

The Conservation Fund leads the nation in the fight against today’s most pressing conservation issues. It has already protected nearly 150,000 acres of land in Georgia alone. When describing the motivation behind the collaboration with the Fund’s Working Farms Fund to the Atlanta Journal Constitution, Howett states, “We were looking at our options because we weren’t seeing enough local and sustainable food available to get to that goal, at least not in a way that was affordable to us.” 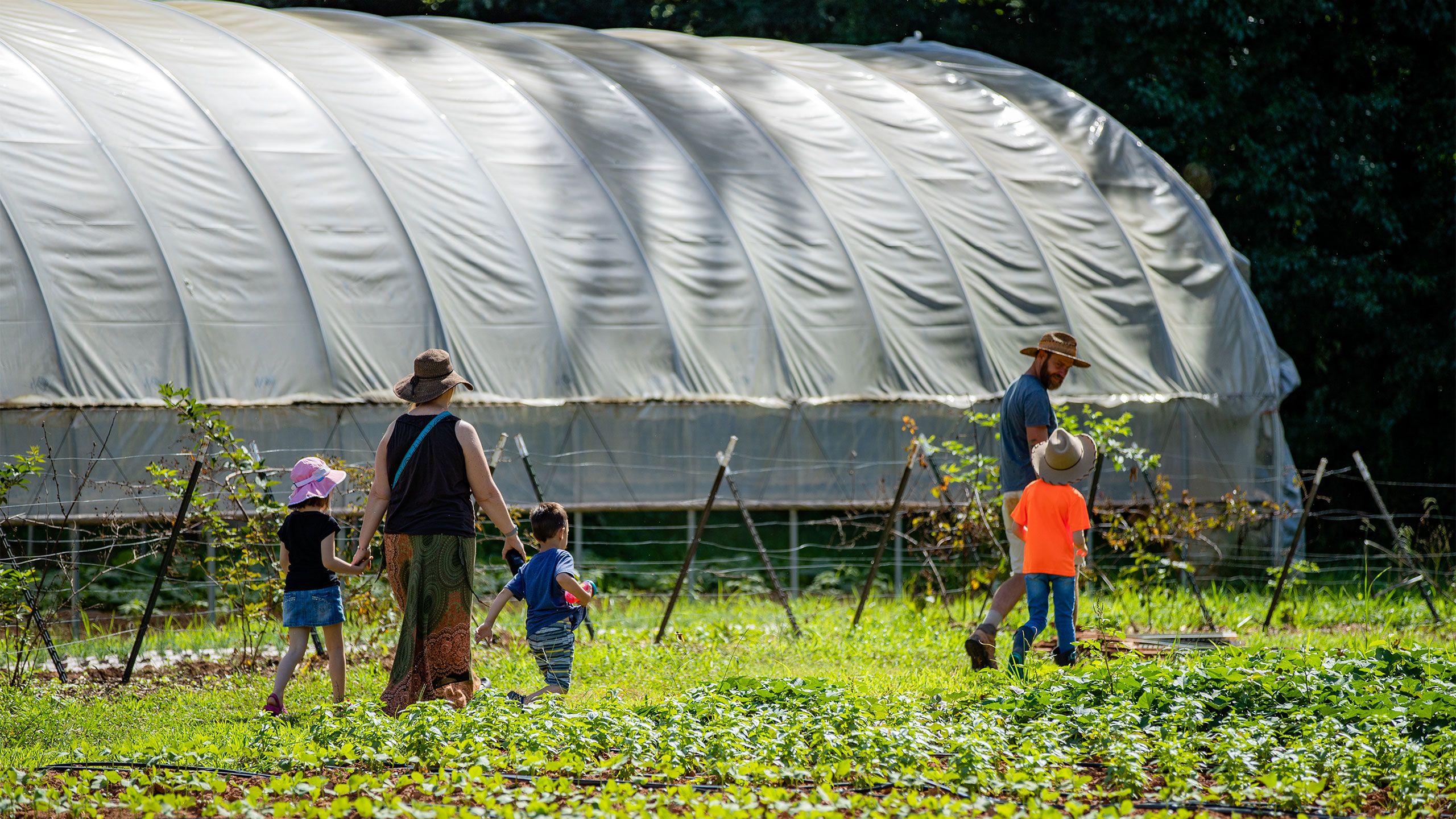 From Georgia Farms to Emory Tables breaks down how the newly formed alliance intends to accomplish this feat. In simple terms, The Conservation Fund has committed to buying viable land within 100 miles of metro-Atlanta, protecting it from development through placed easements, and then leasing the land to farmers over the course of 5-10 years before ultimately selling them the land at the end of the agreement.

Emory has also committed itself to be a faithful customer to the selected farmers, thus allowing them to focus on their business objectives without the added pressure of developing their own pipeline from scratch. This twofold project not only serves social entrepreneurs while bringing sustainability options to the community, but simultaneously brings Emory closer to achieving their 2025 sourcing goal.

Expected to launch in 2020, Emory and The Conservation Fund plan on having 50 farmers participate in the program by 2040. In the same AJC article, Stacy Funderburke, co-director of the Working Farms Fund, explains that the criteria used to assess applicants will include “farming experience, markets, business plans, and match with individual farm sites.”

The mutually beneficial outcomes of this strategic partnership are what both Emory and the Conservation Fund hope will prove as an effective blueprint for others across the nation in their own sustainability efforts. In terms of the region, this unification demonstrates how enabling entrepreneurship through innovation can be achieved through the available resources within Georgia’s ecosystem.

From the copy room to the operating room, from the classroom to the residence hall, the Emory Office of Sustainability Initiatives (OSI) guides the efforts to meet the challenges of sustainability across all of Emory’s institutions. Emory OSI carries out this imperative by helping to restore the global ecosystem, fostering healthy living and reducing the University’s impact on the local environment.

Founded in 2006, Emory OSI has firmly established the University’s place as a sustainability leader in higher education.